The Joshua Tree national park is approximately 800,000 acres, the park is made up of a very diverse ecosystem and is located in Southeastern California.  The park itself did not become a National Park until 1994, however it has been protected as a US Monument since 1936.   Named for it's Joshua Trees Yucca brevifolia which grow in the dryer and cooler Mohave Desert areas of the park.  The Joshua trees grow in both forest type areas as well as sparce single specimens.  The Joshua Trees are the dominant tree in the open areas of the park, however the Pinyon Pine is more common in the areas where there are rock outcroppings.  Joshua trees are often described as something that should be found in a Dr.Suess story, they are often twisted or curvy, not quite symmetrical, with a top heavy appearance and usually a single trunk.  Within the park the tallest tree is forty feet high, it is located within the Queen Valley Forest.  Joshua trees do not have growth rings, but instead their trunks are made up of  thousands of small fibers which makes it harder to gauge the age of each tree.  The best way to determine the age of a Joshua Tree is to estimate based on it height as they are very slow growers and only grow 1/2 - 3 inches per year.  Researchers estimate that the life span of the Joshua tree is only about 150, however there are specimens growing within this park that far exceed that age. 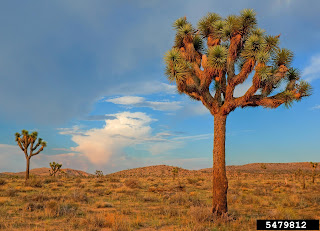 More then half of the park is considered to be wilderness area.  The park includes parts of two very unique deserts, The Mohave (higher) and the Colorado (lower) Deserts, Mountain Terrain, Oases, Rock Formations, as well as flatlands.  The characteristics of each desert area is greatly influenced by the elevations where they are located.  The Little San Bernardino Mountains also run through the Southwest portion of the Park.

Day by day and area to area the appearance of the park can greatly and rapidly change, with very quick  (yet sparce) downpours coming from what seems like out of no where, to high winds, to calm dry desert days that seem to have no end.  Sometimes the plants look dry and possibly even dead but most are just waiting for the next rain to come to bring them back to life.  Only 158 naturally occurring Palm Oases are found in North America, 5 of them are within the Joshua Tree National Parks boundaries. Generally occurring along fault lines where impermeable rocks force groundwater to the surface, a Oasis provides constant water to what would otherwise be a constantly dry and arid area. 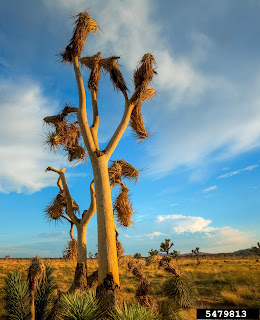 There is so much to do here within this beautiful park, Hiking, Biking, Rock Climbing, Camping, Birding and Star Gazing just to name a few.  There are nine campgrounds established within the park.  There is a fee for camping and reservations can be made in some campgrounds October through May, while the other campgrounds are first-come, first-served.  Back-country camping, is also permitted with a few regulations in some areas, be sure to check with the park for more details on this option.  As far as hiking, riding and lookout points go there are too many to list in this amazingly beautiful National Park,  so just to name a few there are: Keys View, Indian Cove, Hidden Valley, Cholla Cactus Garden, Contact Mine, Forty Nine Palms Oasis, Lost Horse Mine, Lost Pine Oasis, California Riding and Hiking Trail (a 35 mile portion falls within the park), Rattlesnake Canyon, Barker Dam, Saltan Sea, Ryan Mountain, Warren Peak, and various Native American sites (some of which have been closed to the public over the years due to damage from vandals). 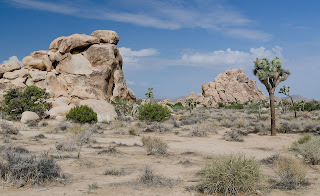 Despite the landscape that may seem barren at times, many types of wildlife call Joshua Tree National Park home including various lizards, coyote, kangaroo rats, black tailed rabbits, big horned sheep, ground squirrels and other small rodents.  There are also an estimated 250 varieties of birds that have been spotted throughout the park including many migrating species during the Winter season.  It is also estimated that the park is home to thousands of Anthropods (creatures with multiple legs, segmented bodies and hardened outer shells) the most notable residents of this variety include tarantulas, honey pot ants, fairy shrimp, giant desert scorpions and green darners.  There are at least 75 different types of butterflies and more then twice that number of moths. 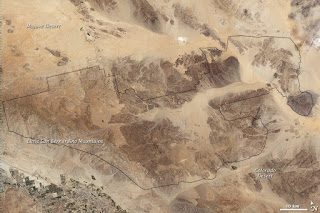 Follow our Destination Tree Blog: www.MeetATree.com  or our Visit our Website www.ArundelTreeService.com
Posted by Arundel Tree Service at 10:12 AM