The Lone Cypress - A Monterey Cypress

The Lone Cypress - A Monterey Cypress is often said to be the most photographed tree in The United States. Estimated to be over 250 Years old the tree is located within the grounds of The Pebble Beach Resort in California - Arguably one of the most expensive and beautiful Golf Courses in the US. The tree has been injured over the years by fire, winds and storms but remains held in place by an intricate system of support cables.  The Monterey Cypress only grows naturally in a two areas of Monterey County, Del Monte Forest and Point Lobos Natural Reserve-but is planted widely as an ornamental. 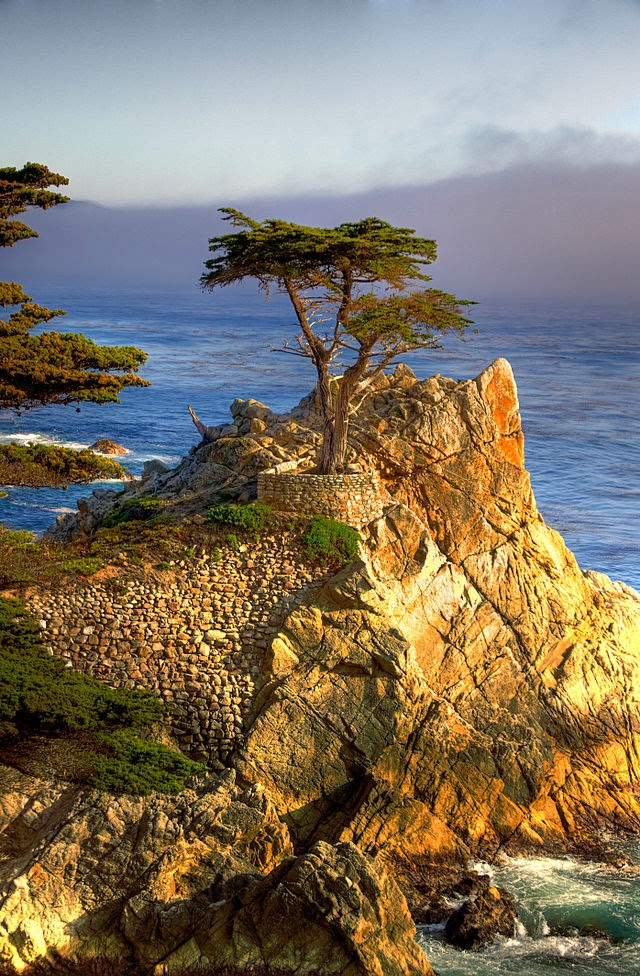 You do have to pay to see The Lone Cypress in person by entering the scenic "17 mile drive", but don't worry it is just $10 a car!  This 17 mile scenic route includes some of the most beautiful coastline in California and runs between the Pebble Beach Golf Links and Cypress Point Golf Course through the gated community of Pebble Beach.  Also along this scenic route is Bird Rock, Spanish Bay, Spy Glass Hill, Point Joe and the 5300 acre Del Monte Forest. 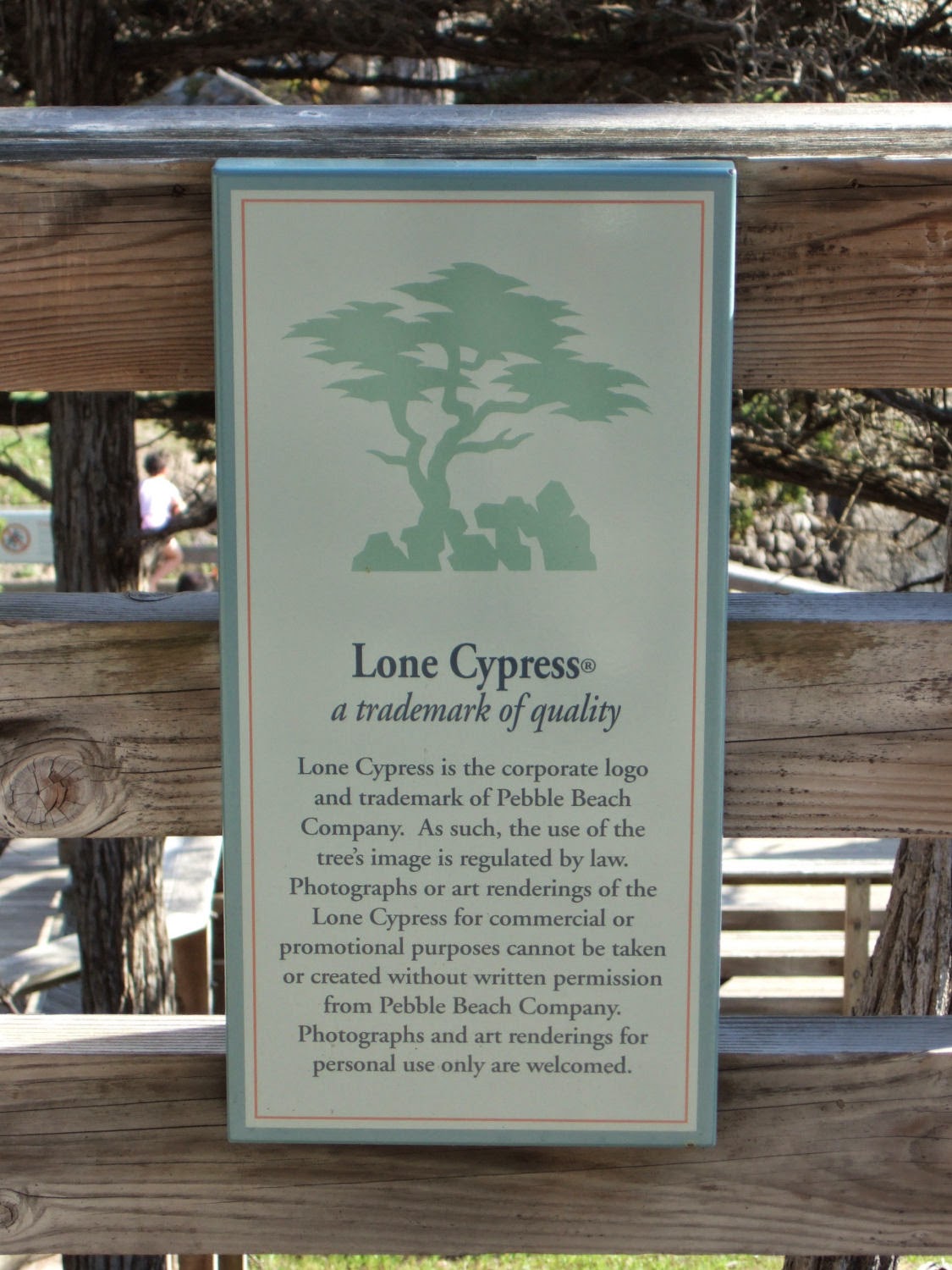 Image Citation : Pebble Beach Golf Course-Public-Wikipedia Page
This tree is so famous it has been featured in The LA Times - Postcards from the west series- http://www.latimes.com/travel/la-tr-postcards-lone-cypress-20130519-dto-htmlstory.html

The Ohio Buckeye- Aesculus glabra - is a medium sized rounded crown Deciduous tree. Growing to only 20-40 feet tall at maturity, it has a moderate growth rate.  It is the most widespread of all of the Buckeyes in North America. It's range is on mostly mesophytic sites through Western Pennsylvania, Ohio, Southern Michigan on West to Illinois and Central Iowa, extending South to Kansas, Oklahoma, and Central Texas; East into portions of Arkansas, Tennessee, and Alabama. This tree thrives best in moist locations and is most frequently found along river bottoms and in streambank soils.  It has been planted frequently outside of it's native range in Europe and the Eastern United States.  Different from the other Buckeyes because of two main features, first the leaflets have barely any visible stalk and second the husk of the fruit has short spines.  The Ohio Buckeye is sometimes referred to as the American Buckeye, Fetid buckeye, and Stinking Buck-eye, the last because of the foul odor emitted when the leaves are crushed.

Image Citations (Photos 1, 2, & 3): T. Davis Sydnor, The Ohio State University, Bugwood.org
Ohio Buckeye is polygamo-monoecious, meaning it bears both bisexual and male flowers. The leaves are made up of unevenly toothed leaflets that all grow from the same point on the stem, they are green during the growing season and turn an almost grey when shifting finally to wyellow in the Fall.  The flowers are a yellow-green with prominent stamens growing as upright spikes. The bark is dark grey with shallow but coarse fissures leading into square scaly plates. It flowers in the Spring and fruits from summer to fall.  This tree also produces small, shiny, dark brown nuts with a lighter tan patch

"Buckeyes" has been the official Ohio State nickname since 1950, but it had been in common use for many years before.  According to folklore, the Buckeye resembles the eye of a deer and carrying one brings good luck.

Recommended for Hardiness Zones 3-7, Buckeyes are found in larger nurseries within their growth range.
Meet More Trees on our website www.ArundelTreeService.com  or on our blog www.MeetATree.com
Posted by Arundel Tree Service at 4:12 PM No comments: